I was excited yesterday to pick up a copy of the new facsimile edition of the original Fantastic Four #1. It was honestly amazing to hold this comic in my hands, to read and enjoy without having to worry about all the concerns that come with handling a 57-year old collectible. 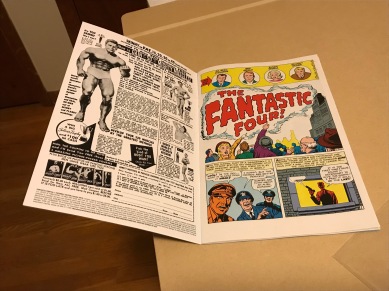 It would be redundant to summarize the story here, but a couple of things are apparent as you read the book.

I’m far from the first to point this out, but the early influences of Marvel were far closer to the monster comic genre than to the distinguished competition’s superhero stories. This traces back to Marvel Comics #1; those initial appearances of the original Human Torch and the Sub-Mariner are starkly different from your run of the mill superhero story and this influence permeates FF #1 from Ben’s first appearance to Johnny’s destruction of the race car and to the design and feel of the Mole Man’s creatures.

Once you’re used to reading modern comics, revisiting this comic makes it easy to see how the industry has changed over the years.  When Marvel returned to this story to reimagine it for Ultimate Fantastic Four in 2004, it took 6 issues to cover the same ground as FF #1.  Six issues that were, to me, inherently less satisfying. There’s a lot to the argument that the industry no longer writes comics; it writes trades which get split into individual issues.  I think that’s part of the reason Individual comics are not as enjoyable as they once were.

As for the physical comic, there were a lot of nice features.

The cover is a sturdy piece of card stock.  I wish modern Marvels would get closer to that on a regular basis.

The cover art has been restored to the original, or at least more painstakingly reproduced.

Here’s a scan of the original cover:

That this is the source seems clear if we look at the cover reproduced on the first printing of the FF Marvel Masterworks.  This image is also recolored and omits the police officer.

In addition to restoration of the cover, the original interior coloring has been restored or reproduced. Here’s a pair of original pages.

And here are the corresponding pages from the Marvel Masterworks reprint. 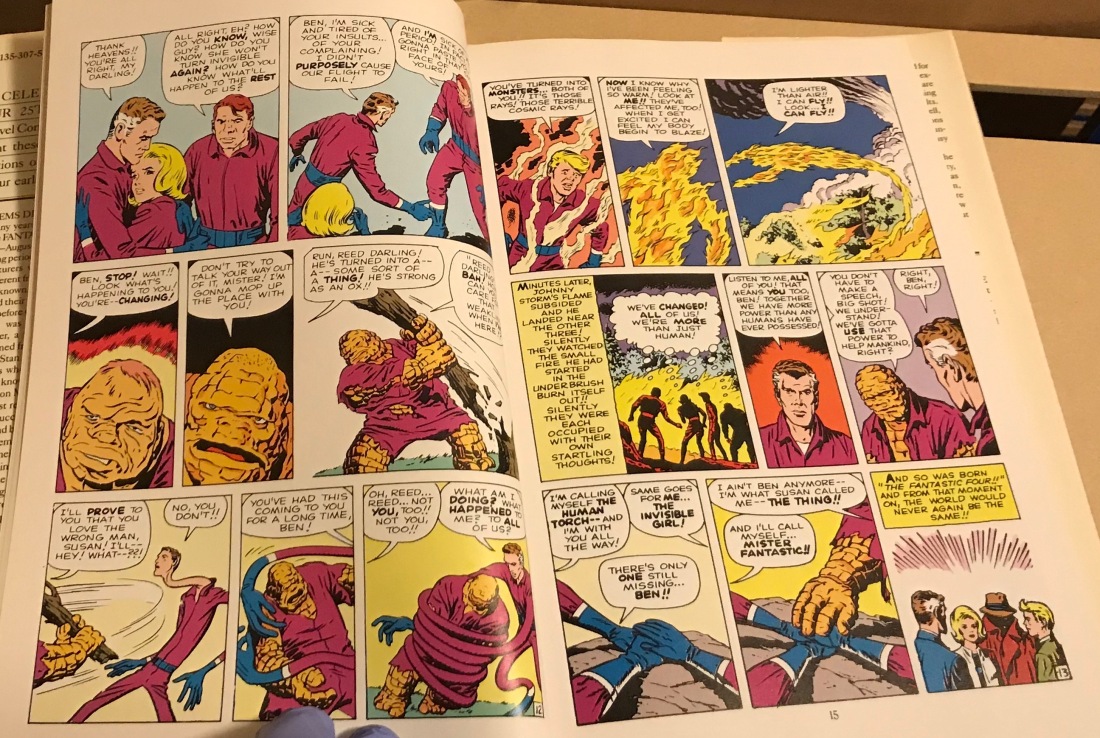 This coloring is consistent with my recollection of reprints and retellings from the 70s and 80s.  The coloring from the facsimile edition matches the original closely.  It’s interesting to notice that even the ads are colored consistently with the original. 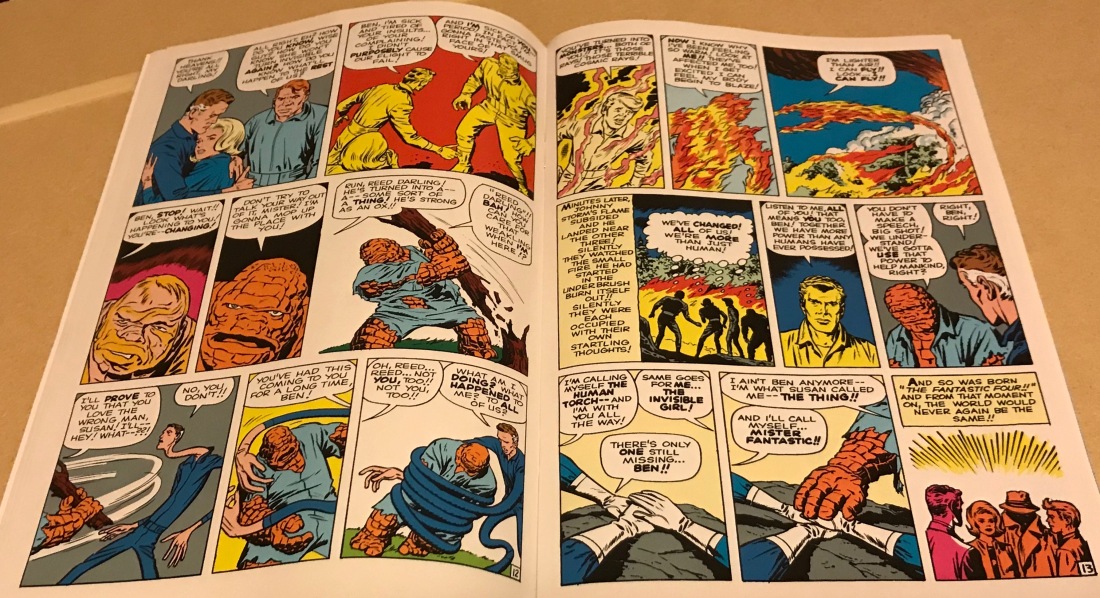 It’s a much nicer effect.  The older reprints had more of a paint-by-numbers feel while the original coloring seems more careful and more nuanced.  It’s also an integral part of the artwork, underscoring certain dramatic moments.  Returning the original flight suits to the dark blue and white color scheme also gives some historical context to the so called “negative uniforms” that John Byrne introduced in issue 256.  This is all very well done, but it’s worth noting that the corrected cover and coloring dates at least as far back as the version of FF #1 that appeared on Marvel.com in 2009.

Despite the clear effort that was expended making this a genuine facsimile of FF #1 there are some distinct differences, both intentional and unavoidable. 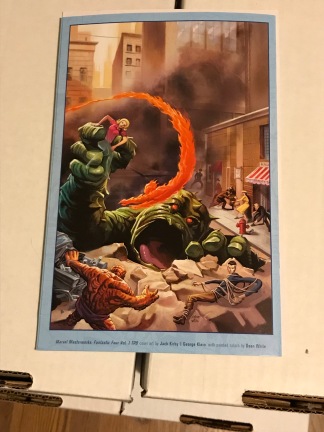 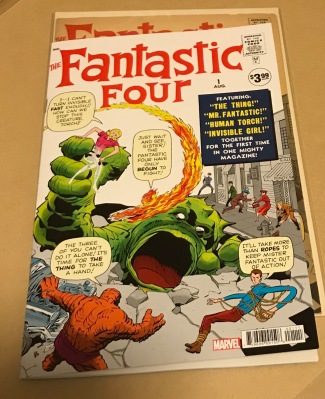 Still, it’s clear that the folks at Marvel put a good deal of effort into making this an experience that’s as close as it could be to reading an original Fantastic Four #1 from 1961.  For me that effort paid off.  If you’re interested in such a thing, I recommend that you pick up a copy.

2 thoughts on “Carefully Reconstructed Nostalgia; All in Color for Forty Dimes”